The Service Recognition Award Committee is very pleased to announce that Robert Neufeld is the recipient of the CCSC Service Recognition Award for 2013. Bob has served the Consortium over the past 20 years in a wide variety of capacities. Bob continues to bring integrity, optimism, and good will to the organization with his dedication and commitment to computer science education and to the mission of the Consortium. 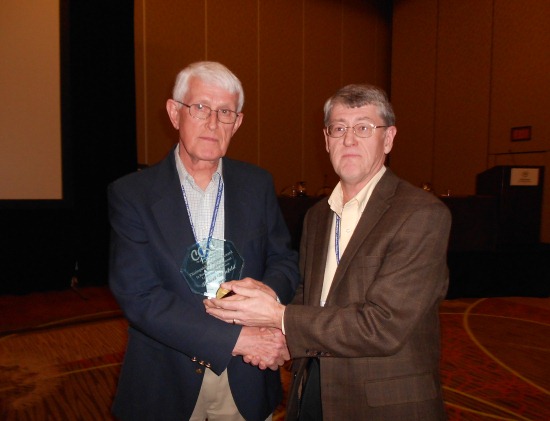 Bob has served on the Steering Committee for the Central Plains region for the past 15 years and has held several different positions on the committee including papers chair, conference chair, and webmaster to name a few. Bob has coordinated regional planning meetings, attended the Central Plains conference for 20 consecutive years and is still serving on the committee after retirement as Professor Emeritus from McPherson College in 2004. In addition Bob served the national board as interim National Partners Chair when the position was vacated in 2008. Bob has served as a paper reviewer for all ten regions in various years and he has been one of the Journal of Computing Sciences in Colleges key proofreaders for the past several years for each of the six volumes printed annually.

In 2008 Bob was elected to the position of Vice-President of the Consortium and served in that capacity for two years from 2008-2010 and then for two years as President of the Consortium from 2010-2012. Bob presided over several bylaws amendments and the move to electronic registration for all ten regional conferences. In addition Bob continued to try to find ways to increase membership and awareness of CCSC through networking, conference coordination efforts, and leadership over the general membership.

While still serving as President in the spring of 2012 Bob agreed to take over the vacated position of Membership Secretary on the national board. Bob served in this position through the end of his term as President and continues to serve the board as Membership Secretary. During the past year Bob has streamlined the Consortium.s membership renewal process, coordinated on-line registrations for regional conferences, provided timely reports of membership to the Publications Chair and Treasurer, has reconciled all on-line memberships through the ten different regional ConfTool registration systems, and strived to improve the entire process as well.

It is very difficult to summarize the multitude of service Bob has given to the Consortium for more than 2 decades. Bob’s energy, enthusiasm, and commitment serve to provide all of the membership with an example of dedicated work and leadership that is cherished by the organization and we are indebted to all he has given to CCSC. On behalf of the Consortium we are extremely proud to award the 2013 Service Recognition Award to Robert Neufeld with much gratitude and humility. Bob continues to be an exemplary member of the Consortium serving with grace, humility, and generosity.