The CCSC presented the 2014 CCSC Distinguished Service Award to Ernest Ferguson during the CCSC General Business meeting held on March 7, 2014. Ernie served in key organizational roles for many years. 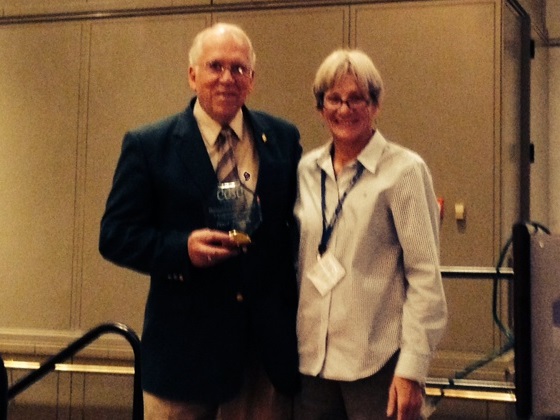 Ernest Ferguson earned a Ph.D. from the University of Missouri-Columbia. He was a faculty member at Southwest Baptist University from August 1983 – July 2002 and at Northwest Missouri State University until his retirement in 2009 where he holds the rank of Emeritus professor. Ernie was named an ACM Senior Member in 2009.

At the national level, Ernie distinguished himself as the first National Partners Chair in 2005. Ernie was instrumental in organizing the duties of the new office. Among his contributions was the establishment of communication channels with the national vendors. At the SIGCSE conference each year he made a point of visiting each of the national vendors and of recruiting new vendors. He served as National Partners Chair through his retirement in 2009. According to Robert Neufeld, Ernie “was tireless in his efforts, creative in his vision for the program, and doubled the participation.”